Not your average handwriting font

As part of the University of Southampton’s ‘Ambition’ undergraduate recruitment campaign, they required something to represent their potential students’ personal reasons for applying.

A campaign based around the concept of personal ambition, supplemented by a custom handwritten font to be used on promotional materials. (For a more detailed explanation of the OpenType features enhancing this font and the underlying principles, please see Making a handwritten font look handwritten.)

The campaign was based around applicants’, students’ and alumni’s personal ambitions and the fact that Southampton is the catalyst to achieving them. The font was used to customise a brand lockup to create a variety of primary visual elements, with attendees at open days encouraged to complete their own ambitions. 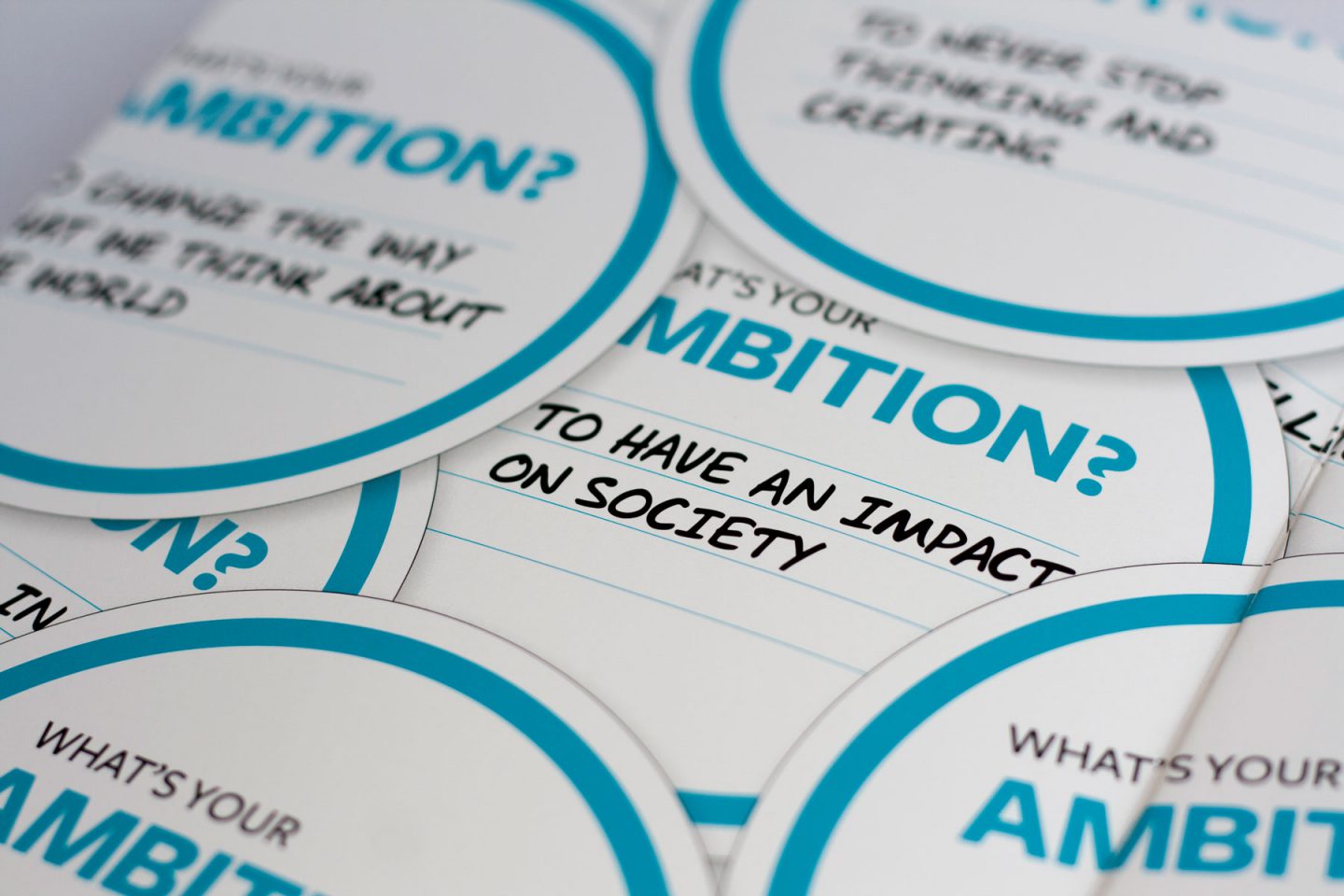 Use of the font on promotional materials

Creating this involved taking rough vectors of multiple hand-drawn character sets and initially smoothing off the roughest edges, softening hard corners and setting basic spacing and positioning. Having done that, I compared the full set of glyphs on paper for typographic colour, size and positioning, then edited the outlines until they were consistent. 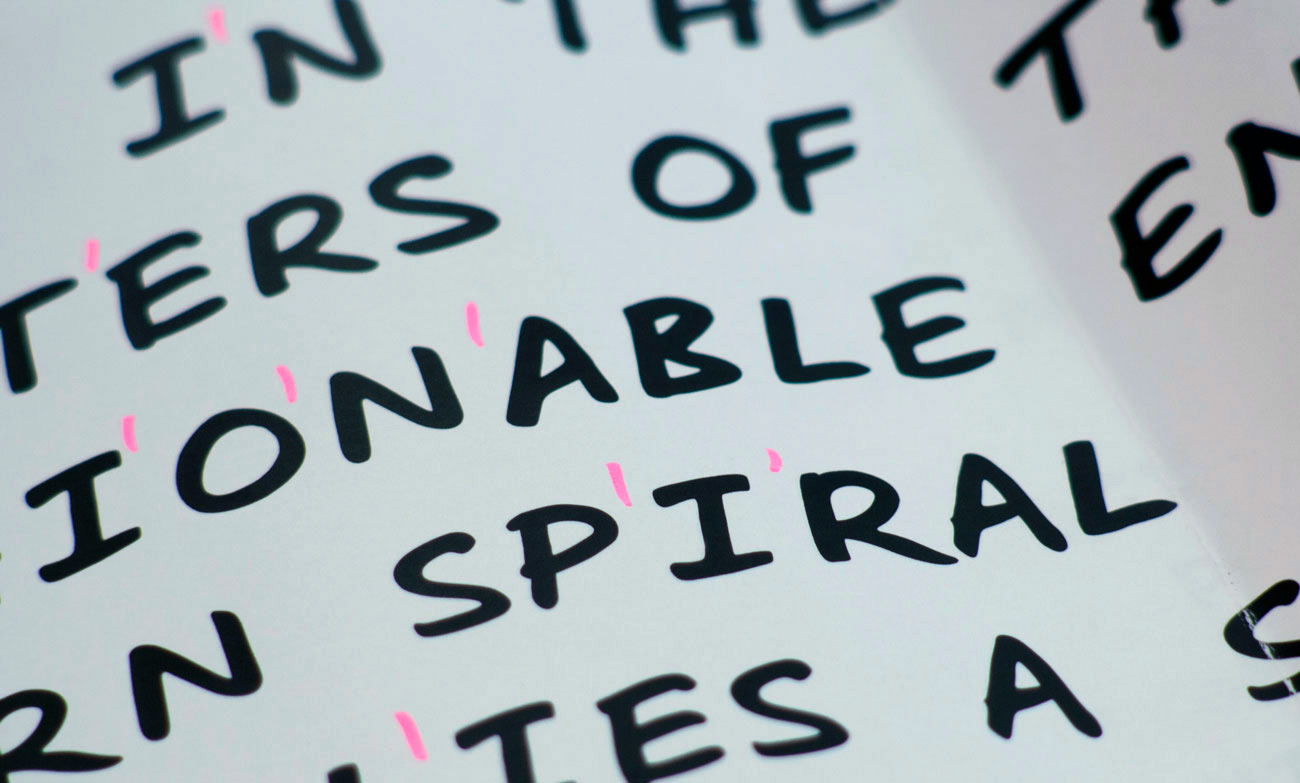 Adjusting the spacing through repeated testing

Once I was happy with the overall look of the font, I output an early prototype to test for any obvious kerning issues and repeatedly tested with a wide range of texts, common letter pairings and live campaign copy to refine the default spacing. 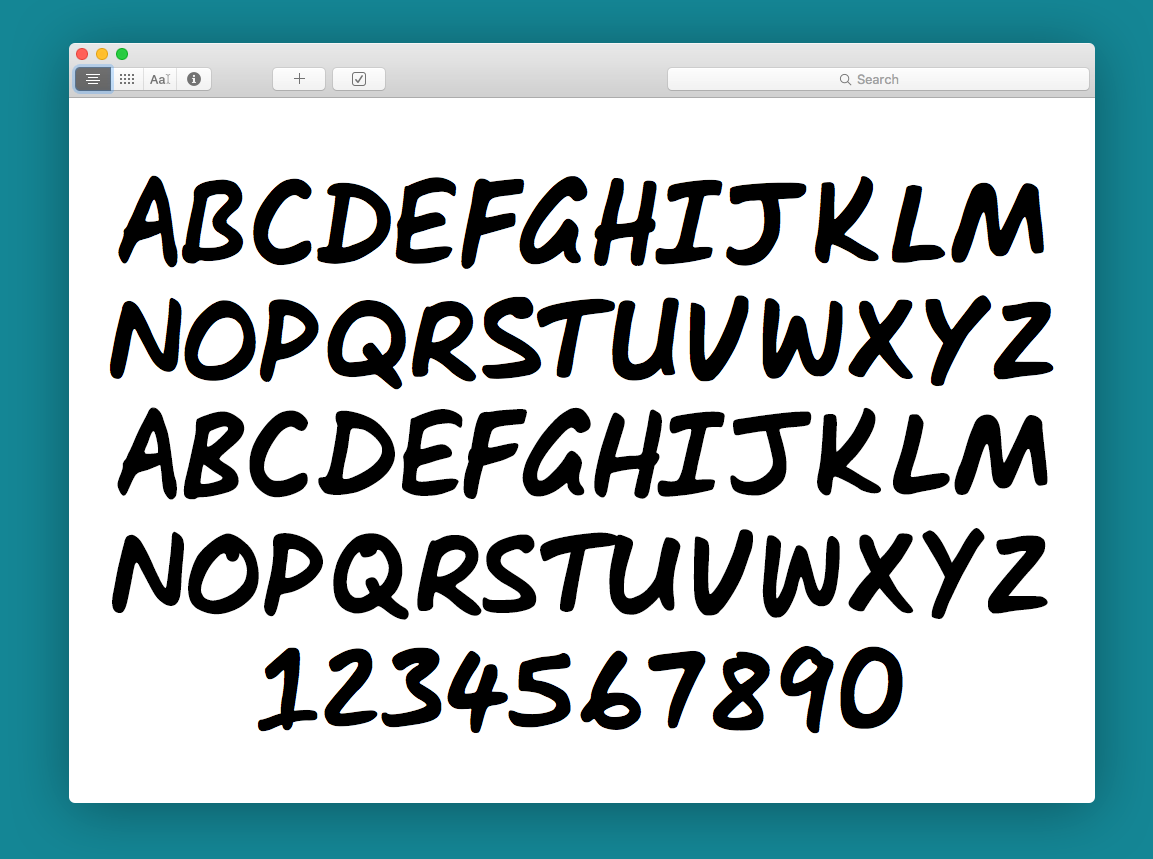 Full character set with alternate versions of each letter

Having produced a file for print, I then went through the process of testing rendering on screen in a full range of browsers, making additional kerning decisions for browsers which do not support the OpenType alternates feature the font is built around. 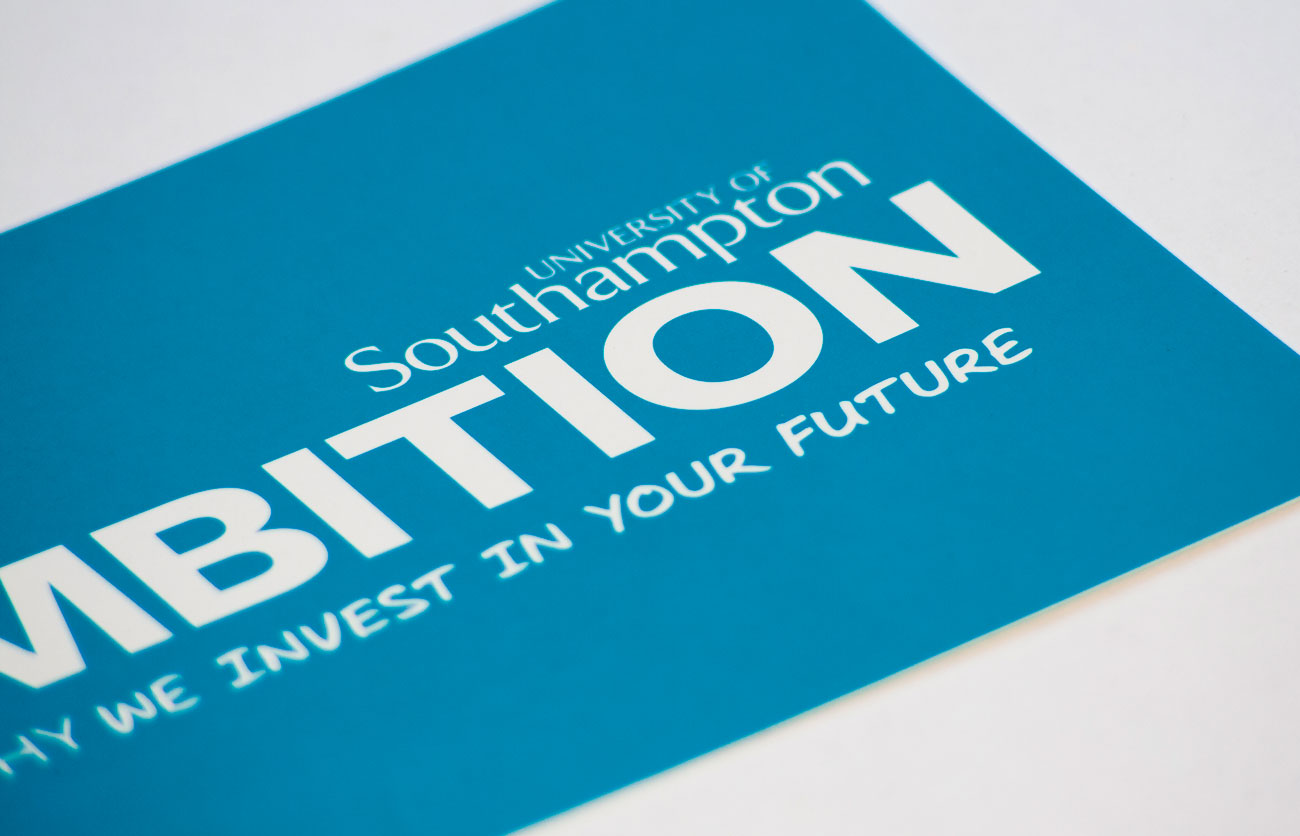 Custom font in use on an open day flyer

From one university to another:

Back to all projects